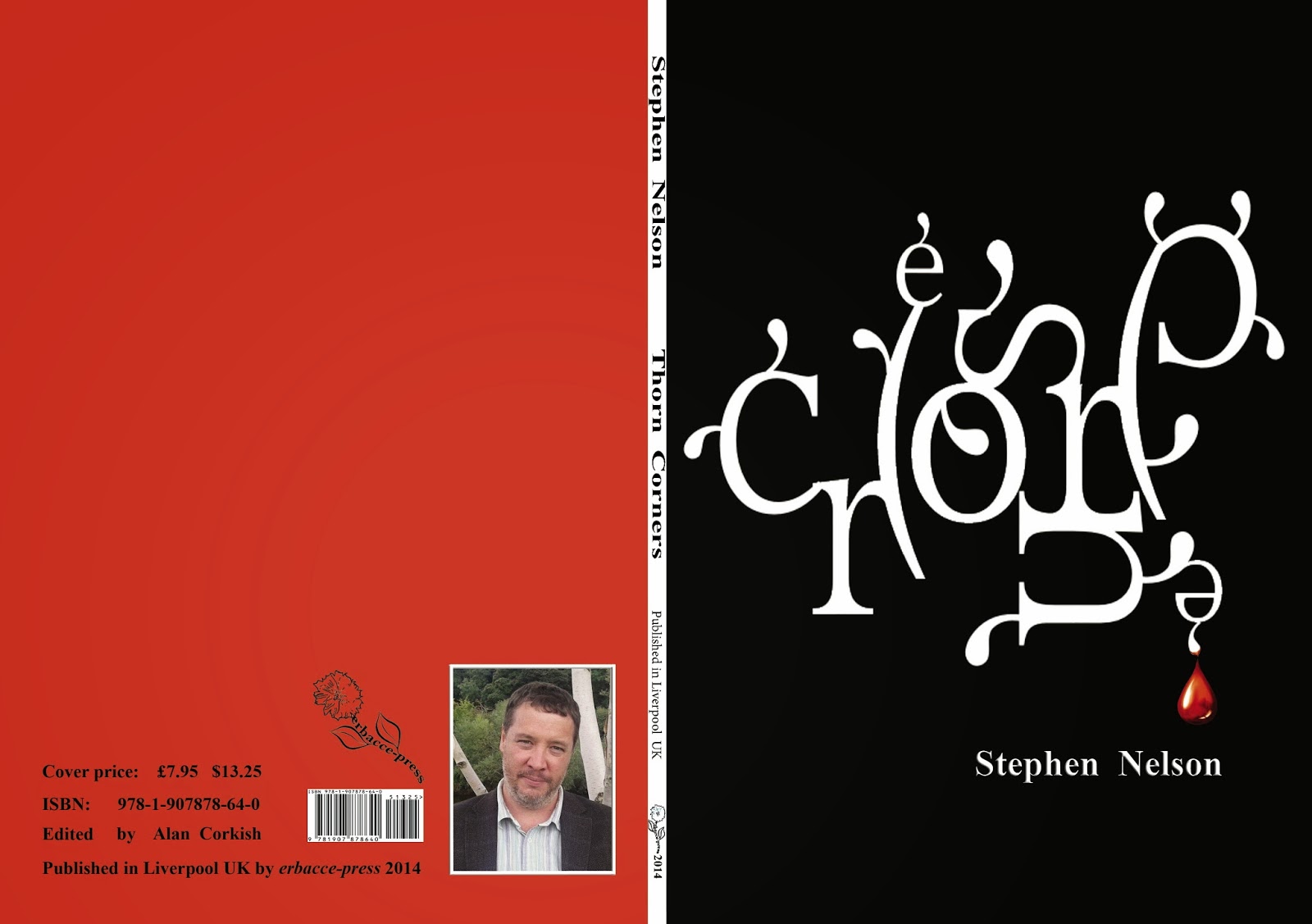 One word, then, is where we start, one word on a card, one shape; a letter left hanging at the end of a word, the tail of the ‘p’, upturned, the seed sounds ‘da’ or ‘ma’, magnetised. This book starts there and ends with a hanging ‘g’, before disappearing into blank, white space. Where we start, where we end, and the thorn corners we negotiate in between.
Posted by Stephen Nelson at 12:18