i&ch
Posted by Stephen Nelson at 16:01 No comments:

Email ThisBlogThis!Share to TwitterShare to FacebookShare to Pinterest
Labels: pwoermds
y've
Posted by Stephen Nelson at 16:00 No comments:

Email ThisBlogThis!Share to TwitterShare to FacebookShare to Pinterest
Labels: pwoermds

The Sand & the Lea 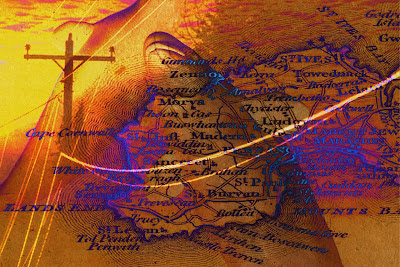 Posted by Stephen Nelson at 19:21 No comments: 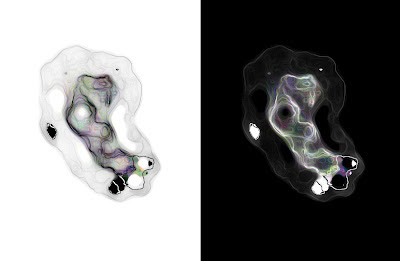 Posted by Stephen Nelson at 17:34 No comments: 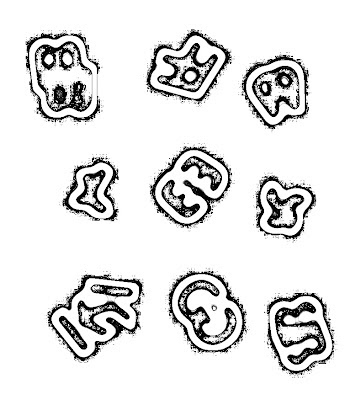 Posted by Stephen Nelson at 12:31 No comments:

Simplicity of the Word 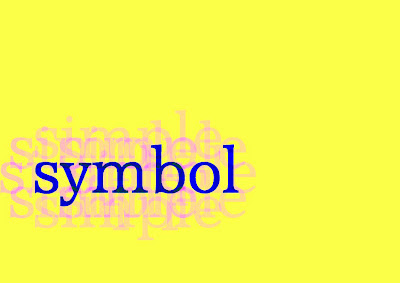 Posted by Stephen Nelson at 12:30 No comments:

Here's a link to some poems of mine in the new Eratio:

http://www.eratiopostmodernpoetry.com/issue15_StephenNelson.html
Posted by Stephen Nelson at 15:53 No comments:

Email ThisBlogThis!Share to TwitterShare to FacebookShare to Pinterest
Labels: notices 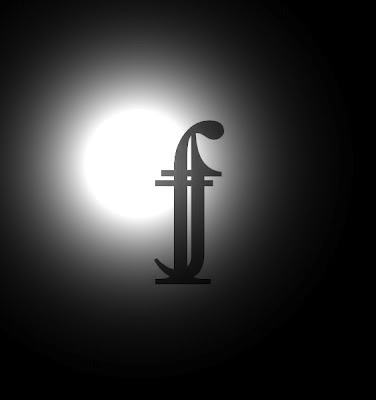 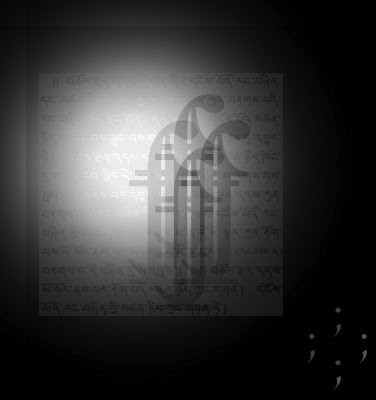 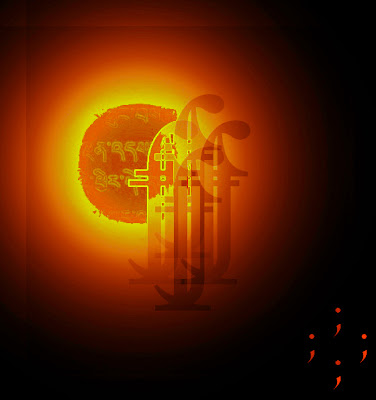 Conception puts an end
to it. A landscape of
mental projections. Experiences,
tendencies. When you
consider the opportunity for light
at release. Unrealised.
The unfathomable
transition. Imagine entering
a hall of seductions, the allure of
desire, materialising on a
footfall. Manifest delight.
Pursuit. The phantoms whipped
up, whisked off, vanishing
under the strain of habitual
grasping. Cravings. Devils.
And monsters. Hideous visions of
residual emotions. Unless you
happen to loose the urgency,
even sympathetic qualities
rear up as temptations. The
grip of accumulation continually
deflects. It may be necessary to
actualise the essence of who
you are. Only possible with
acute attentiveness. A series
of judgements, like stones
on a balance. Black. White.
Countenance. Counting. Encounter.
A vision of couples, copulating. That
sudden pull towards an opening.
Entrance, entranced. Connecting
with the seed of matter, a root
in water. Cells demystified.
Womb lit. A patterning growth.
Ghost parents shaped from form. The
surge and trauma blueprint. Caught
in floating transition. Then light,
gross, material, once seen,
less remembered. The bardo of
embodiment. Life.
Posted by Stephen Nelson at 15:04 No comments: 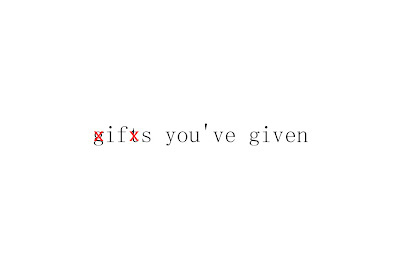 Out of the winter blue I receive a text, and the text is from my sister who has taken time out of her busy day to send it, and in sending it and in what it says, she has given something of herself which is clear and clean and true to my recent thoughts – a gift, out of the winter blue.

The text quotes a writer I love, who says that God gives Himself to us in every created thing. So I stop, and look around, and see in people and places and things, what I’ve been given. Our food is the will of God, which is, quite simply, reality unfolding moment by moment as a loving gift.

By sending the text, my sister created a space for me to witness beauty in a shopping mall, in a bus ride, in a view over a rail track. She also created space for me to write a poem, and helped me notice something tiny and lovely hidden behind a wall where the bus stops. 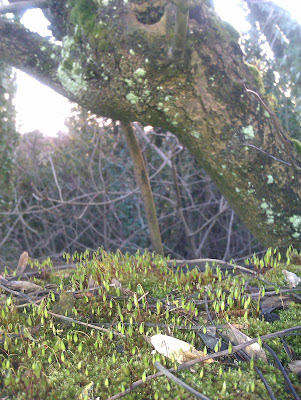 The tiny spores or buds growing out of the moss took my breath away. A little colony. A tiny community. Delicate. Fragile. And, incredibly, host to an infinite grace in their smallness. Another gift on a day of gifts. 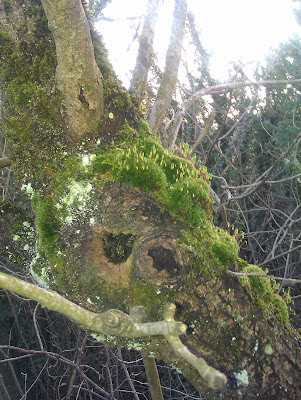 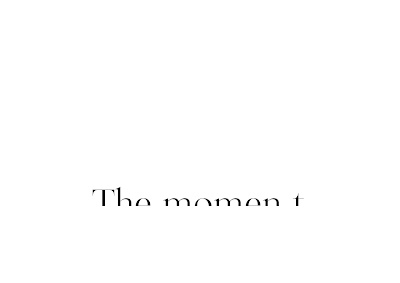 From whence does the moment arise? Not so much from the preceding moment, but from inside the Whole.

Reading is a supremely sacrificial act. Unless the reader imposes his ego on the text, she absorbs it, digests it, allows it to nourish her, thus distinguishing herself from ego. The Self growing out of ego, replacing it.

Yesterday, for some reason, I was a little fretful, a tad anxious. In the city I was overcome by an array of sensory stimuli. Crowds, street music, beautiful girls. Somehow, I lost myself, became a feather swept up in the wind. I went for coffee and decided I had to retune to the reality of the moment. I had to sacrifice my senses and become aware of what was immediate, what was essential. Instantly, I felt a joy within me, and left the coffee shop looking around, completely unselfconscious, taking in the people, the faces, the lovely children. Soon I was caught up a stream of wonderful coincidence.

For some reason I had it in mind that I had to shop at my local Sainsbury’s when I got off the train back home, and fumbled about in my pocket for a £1 coin which I’d need to unlock a shopping trolley. Finding only a £2 coin, I decided I’d change it for two singles at the nearby Catholic bookshop and give £1 to the beggar lady outside. My coin was met by scrutiny and suspicion by the strangely anxious nun at the till, but she managed to change me and I left the shop, still in the moment, still full of joy, still closed off from the excitement of the city. When I handed over the spare £1 coin, I was met by the touch of the Romanian beggar lady’s swollen arthritic hand, and immediately recoiled in revulsion.

Now it turns out I had already decided earlier in the day that I didn’t need to go to Sainsbury’s after all, so my excursion to change the coin was entirely unnecessary, and my confusion served only to allow me to feel the touch of that beggar lady’s hand and confound the suspicious nun. But it doesn’t stop there.

On the train on the way home, I sat across from a really tall, thin, effeminate guy, an odd looking young chap who looked around nervously, reached over to me and asked me to open his bottle of Irn Bru because it was too tight and his hands apparently weren’t strong enough. (Me with my arthritic guitar player’s hands!) I laughed and took the bottle, struggled a little with the tight cap but managed to open it, handing it back to the nervous hands of the effeminate young man.

Those hands! A coincidence of hands, of being in the right place because of a momentary confusion of intention, because I had shut myself off to the thrill of the city’s stimuli and entered a realm of grace among a marginalised minority. Or so it seemed to me. Being in the moment, swept into a channel of joy, underneath the attachment to attraction and physical desire.

Christ is the ecstasy of the moment fully realised. 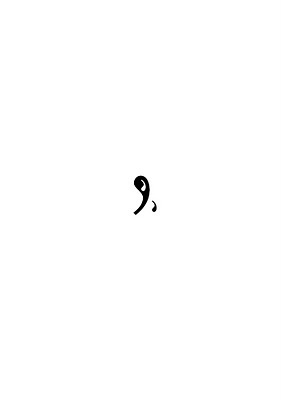 The yogis talk about a drop of nectar in the heart which, if pierced, releases an ocean of bliss into the body. Sounds nice. Bliss is always good. But remember the part about the piercing.

Christ was pierced and all that spilled was a cupful of blood. Or perhaps there was more. Ask St Theresa. The ecstasy of divine love through the arrow of suffering.

Whatever the case, you can't rush bliss. You have to pause. Wait. Feel the heat, the knife, the red hot tip entering the heart. And the slow drip of love.